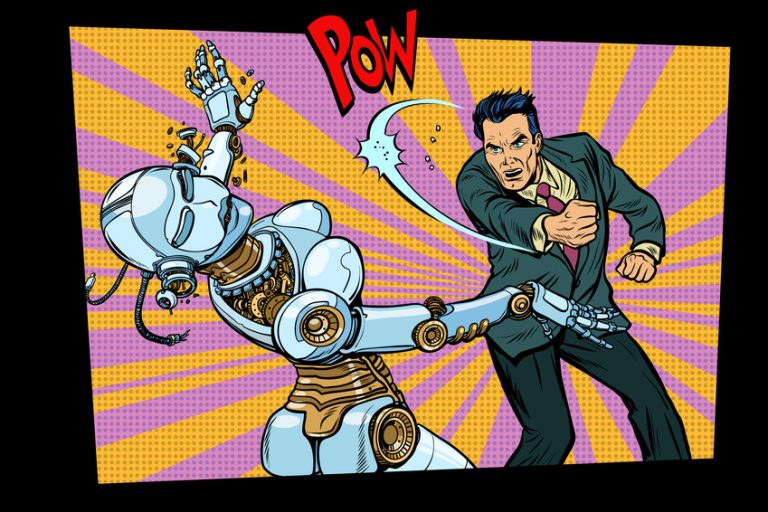 Do you know how to write a great fight scene?

The kind of fight scene that makes your readers bite their fingernails down to their bases? That makes their toenails curl in all directions?

Okay… so two or more creatures are having a serious problem with each other. Fine. They are going after it with guns, swords, or claws. Awesome. A lot of wild movements and damage. Mandatory. Finally, we have a close winner. Ta-daaah!

BUT (and this is a big butt), even your most mesmerizing and thrilling fight scene will fall completely flat, if you can’t grab your readers with your dramatic style.

You are a writer, you need to get under your readers’ skin with your words.

Tell me: When you hear “action scene,” which story comes to your mind first?

You are probably thinking of a movie and not a book now. That’s because movies are just ideal to get action across: Striking camera movements, sudden cuts, daunting audio and thrilling close-ups.

And if your story contains a fast scene, you want it to play out in your reader’s head just like that: Like a movie. High speed, quick cuts, graphic images, and lots of tension!

You can write in a certain way that will give your readers a feeling of something fast-paced, gripping, shocking happening. And this post will tell you exactly how you can make that style work for your own stories. Below, discover the answers to the following questions:

This post will be of great use for any fast scene, not just for fights. You can use these techniques no matter which genre you are writing in, because almost any story will be spiced up nicely by a little action.

And once you have soaked up the theory of a great fight scene (or action scene), I have something really cool for you:

The How to Write a Fight Scene Template

Download this free template to give your fight scene the perfect choreography. It will guide you through your entire scene. Print it, fill it out, and have everything ready at one glance. It also contains short reminders on the most important points of this post: 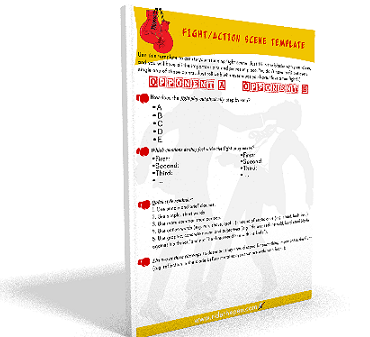 Here are some techniques to give your reader a fast, exciting, high-octane experience:

1. Motion vs. Emotion in a fight scene

Motion is all the turmoil that happens physically; a punch that’s thrown, a knife that’s pulled, a jump that’s dared. It’s the breathtaking real-time stuff. We love it, because something is happening, and it’s happening fast. Motion is the tickling surface, like spices on a dish.

In contrast, emotion is everything that’s going on inside of the characters; the bravery, the glee, the anger, the hesitation, the fear… Emotion is the reason why your characters do something, it’s the core of the matter. Without emotion, they wouldn’t even get out of bed in the morning (anxiousness about being late, anyone..?).

Emotion is also the real fuel for why your audience is interested in your story!

What really gets to us is who the characters are and what they feel. It’s the true underlying reason why action grabs us.

Just seeing anybody knocking a chair over anybody’s head might hold your interest for a second, but knowing Joe knocked a chair over Desmond’s head because Desmond tried to scam Joe’s mom – that makes you really feel the action in your gut and root for the characters.

You should tap into both; motion as well as emotion. The first one is to make your scene quick and tingling, and the second one is to get your audience involved in that action with all of their hearts. 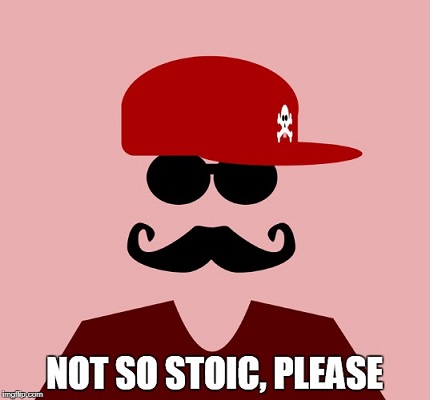 2. Create a seductive pace with motion vs. emotion

The trick is to make motion and emotion blend in well with each other. When they take turns, your readers will find their ebb and flow very pleasing. Variation keeps things interesting.

Motion should happen really fast to keep your reader at the edge of her seat. Emotion will take a bit longer to dive into.

So speed up your scene with the physical description of the fight, the blood, the explosions, or whatever fun you have going on. Then, when you describe emotions, use that part to slow the scene down.

When you slow down by getting into your character’s head and describing his thoughts and feelings, you reduce the speed of the scene for a moment. Plus, you also provide the “emotional fuel,” the emotion your reader needs to get involved in the scene – two birds killed with one stone.

Every scene has its very specific pace, and fast-fast-fast gets old soon. Fast-slow-fast is much more effective, because any characteristic stands out more strongly next to a completely contrary characteristic. A dark spot always looks much darker when placed next to a light spot.

Here is an example for a part of a scene that starts out slowly with emotion, then becomes fast with motion, and in the end slows down with emotion again:

Amy reached out for the gun on the table. She knew terrible things would happen if Richard could lay his hand on it first. Her mind couldn’t help but paint graphic images of blood and despair. (slow) Then her hand was on the gun, his hand on hers, a stinging pain as she gasped for air, the bone of her wrist cracking, the gun flying through the air. (fast) ‘It has landed in the corner,’ she could observe herself thinking. ‘It hurts so bad, but I have to be the first one there.’ (slow again)

Slow-fast-slow, as simple as that.

Don’t take this rule too strictly though. You can write your scene as you need to – just be aware of the rhythm you create!

3. Amp up the speed with language

But how exactly do you make your language and descriptions “quick”?

Glad you asked. A very effective way is to shorten your clauses and words as much as possible: Use brief and simple clauses, short words, a spurt of syllables. The quicker the reader can skim through a text, the quicker it will play in his mind.

Also, use as few periods as possible. Periods always make the reader experience “mini-stops” in his mind, thus slowing down the reading experience. Use commas instead.

The most effective way to pick up speed is just a staccato burst of short, graphic verbs and nouns. Compare these two passages:

He cut forward with his knife and saw its blade flashing in the bright sunlight. As he heard the guy screaming, he realized that he had cut through his shirt. Now he found himself staring into his face, which was showing his bare teeth. The guy attacked again.

His knife cut forward, blade flashing in the sunlight, the guy screamed, his shirt cut open, with bared teeth he attacked again.

Would you say the second one feels much quicker and more dynamic?

4. Use a sudden detail to slow down your fight scene

Here is another way to wind down pace. This time we will heighten suspense at the same time: Employ a sudden, graphic detail that symbolizes the tension in the air.

Pick a detail that demonstrates the risk, the power, the fear. For example, think of a bead of sweat on an eyelid that does (or doesn’t even) blink, or of a reflection in the blade of a knife. It can be as simple as describing the shiny, hard, red round of a boxing glove.

This is a very cinematic technique, and what you are writing is essentially a close-up. You are zooming in, freezing time for a second and concentrating on the thought or feeling the detail evokes in us.

If you use this trick very sparsely, it can be extremely effective. At the same time, you delay the outcome of the action. This heightens the suspense even more. 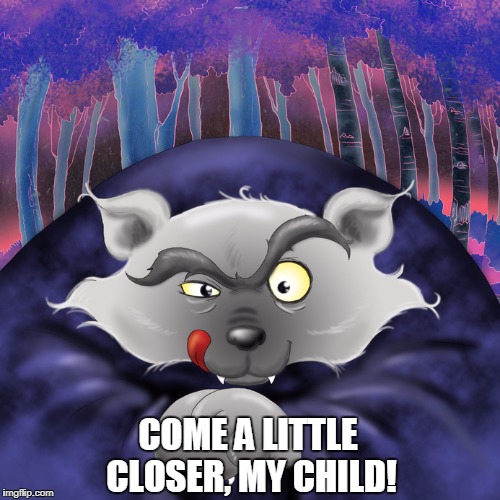 Certain types of words are more powerful and dynamic than others and will create more of an “action-experience.”

Think about it: It’s pretty obvious that verbs of movement are more energetic. Push, shove, run, grab, duck, blow, scratch, kick, paddle suggest a lot more action than stand, sit, think, look, be, wait. So when you want to speed up your scene, use as many words of active movement as possible. On the other hand, use static verbs when you want to slow down.

When it comes to nouns, things you can touch are very effective. Any palpable word suggests way more action than an abstract, theoretical one. After all, which phrase lets you feel the action more:

Vincent was afraid of the huge threat to his life.

Vincent was afraid the giant bumper would squash his head like a pea. 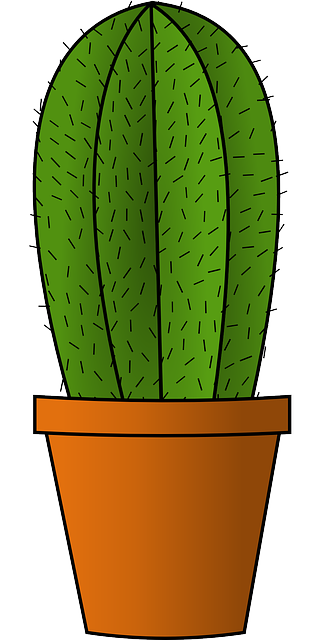 A cactus. Not much action.

How to Write a Fight Scene Template

Here is the free template again. It will give you the perfect framework for your thrilling action scene. Download it, fill it out, and you will have all the moving parts of the scene ready at one glance. It also contains short reminders for the most important points of this post:

And here is a prompt with which you can sharpen your senses for action scenes. Try it!

Alfredo is a celebrity cook who loves the good life. That’s why he owes the mafia money.

One day, two gentlemen shaped like bull dozers in suits pay him a visit. They quickly surround him, and with their brass knuckles and baseball bats send him friendly reminders to pay . But Alfredo is quick and flexible. He rams a cucumber into their ribs, then quickly jumps over the big counter in the middle of the kitchen.

The weapon of a cook is food… He throws some butter at their feet, so they slide and stumble, and scatters pepper into their eyes. Howling, disorientated and furious, they speed in opposite directions around the block. Alfredo quickly jumps onto the counter, and coming from opposite directions, they crash into each other like colliding trains and stay on the floor unconscious. Alfredo goes on to cook a celebratory cake.

Will the two suddenly wake up and go for Alfredo again? How will he get their heavy bodies out of there? Or is this won already? You decide!

You can also write just a part of this scene. Make sure to include emotion of the characters, as well as motion. Use commas instead of periods in the most action-packed sentences, and show an occasional, meaningful detail. Oh, and use action words!

This prompt is actually from the Ride the Pen Writing Prompts Page. Find 63 writing prompts for a variety of genres there, including several action writing prompts!

Your fight scene, your chase scene, or even your protagonist rushing to the post office before closing hour: Make sure to balance any action scene between motion and emotion. Motion is for the kick, and emotion for your reader to feel the action in her gut. Speed your scene up with commas and simple, short phrases, and also use action words. Sprinkle your scene with the occasional close-up for suspense.

If you do all of this, your action scenes will be like little whirlwinds, and your reader will virtually smell the tension coming off your pages. You have just created a thrilling high point in your story – and those are the moments we all read stories for!