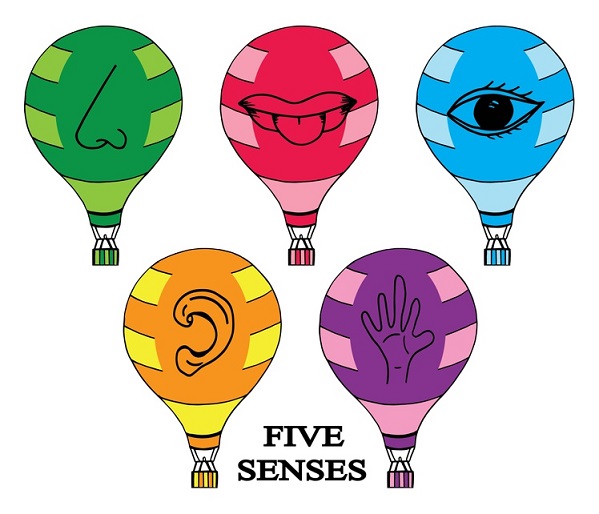 Have you ever been to a 5D-cinema?

I’m referring to these theatres that rattle your chair, spray your nose with a stale scent, and when somebody on the screen sneezes, it sprinkles your face… Yeah, they are basically torture chambers people pay entry for.

So why are they such a fun experience?

It’s because these theatres feel more real than your ordinary cinema. And that’s because they talk to more of our senses, not just two (seeing and hearing).

Anything that captures our senses feels a lot more real to us. It is through senses that we experience our entire world. We crave sensory experiences. That’s why it’s so much fun when the snot of that disgusting jailer troll hits us.

Senses are even deeply engrained in our language: We believe it when we see it. We hear it through the grapevine. Something smells fishy to us. We feel for somebody. We might show bad taste.

Ultimately, evoking sensory experiences with your descriptions is one of the most powerful talents you can have as a writer.

If you can do it well, your audience will eagerly suspend any disbelieve and completely succumb to the illusion you have prepared. You will draw your readers deeply into your story and make them feel like they are right beside your characters. Your readers will ultimately truly care about what is going on.

But first… It wouldn’t be Ride the Pen if I didn’t have a little goodie for you. Download a (little more than) 1-page summary of this post here, so you can reiterate its points and keep it filed away. Keep this PDF next to you on your desk while writing, then you will never forget to implement its points: 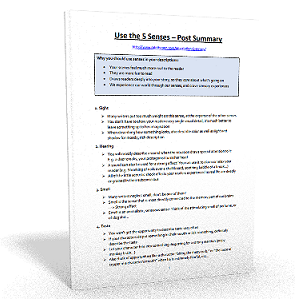 The good news is, describing senses isn’t that hard to do. Now let’s take a look at all five of them, one by one, and see how you can best take advantage of them:

That’s the most obvious one. Can you imagine even the greenest newbie not describing to the reader what he is seeing?

In fact, many writers put too much weight on this sense, at the expense of the others.  Don’t overdo the visual description! You don’t have to teach your reader every single detail, it’s much better to leave something up to her imagination.

When you do describe visuals, think of the different qualities of look you could use to make your description vivid. Color is a good example. By using color, you can paint vibrant images in your reader’s mind. What do you think about this description:

“He couldn’t help but notice her extraordinarily sexy make-up.”

“Her bright red lipstick immediately popped out to him.”

Much better. We have now put a colorful image in the mind’s eye of the reader. The image has a color with very specific connotations.

We have also used the word “bright,” which is yet another quality to make your visual descriptions more interesting: Shadows are eerie. Spotlights mean heightened pressure. Dimmed, soft lights can be romantic.

You can add a lot of mood to a scene or to a detail by describing light. 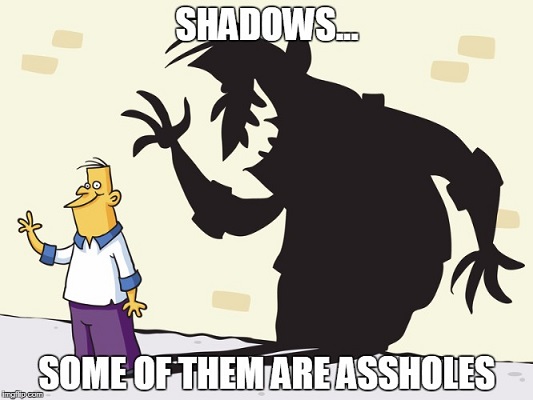 Hearing is used fairly often as well. You will mostly describe a sound when the situation draws special attention to it: A door creaks, your protagonist turns her head.

But don’t forget that a sound can also be used for a strong effect! You can employ it to get on your reader’s nerves, to alarm or to relax her. Think of the soothing babble of a little brook. How comforting, isn’t it? Cut to the shrieking sound of nails scratching over a chalkboard. You might even be close to goosebumps now.

Your reader will hate you when you employ an effect like this. And he should, strong reactions are excellent! In the end, he will love you for putting him through all of that tingling torture.

On top of this, you can use sounds for a serious shock effect. How often in your life have you been frightened by a sudden sound? Certainly a lot more often than by any other sense alarming you. Those little acoustic shock effects are deeply engrained in your reader’s unconscious as well.

Imagine the sudden uproar of a chainsaw. And if the guy who is carrying it wears a hockey mask too, you know somebody is going to look like a jigsaw puzzle soon…

If you want to know how to unsettle your reader with your writing style, check out this post about how to write thrilling action scenes.

Now we are getting into territory that’s neglected way too often. Many writers like to forget smell, because when they are busily visualizing their scenes, it just doesn’t come to them naturally.

Because it’s such an emotional sense, smell can be very sensuous too. A stimulating perfume in a love scene will catapult your reader right into the middle of the action. They say lovers can “smell each other.”

In your stories, you don’t get the opportunity to demonstrate how something tastes very often. You couldn’t let your protagonist quickly lick the mask of the guy with the chainsaw, just to report that it tastes… salty?

Now that would be dramatic, but it wouldn’t make much sense…

However, on the rare occasions your character puts something in his mouth or licks something, be sure to describe the taste. Certainly your character (and your reader) will pay attention, because taste is a sense that’s bound to get a very strong reaction.

After all, taking something into your mouth or touching it with your tongue is a very intimate act; it’s a personal thing that goes deep into the private sphere. Think of your character taking a beating and biting the hard and dusty curb or tasting a lovingly prepared dish of pulpy monkey brain. Tastes like that are hard to swallow.

You can also describe an emotion as so dense your character can “taste” it in his mouth. Intense fear is sometimes described as a “taste of copper.” It’s like the feeling is so strong it finally becomes physical. And what does success “taste like,” can you tell me…? 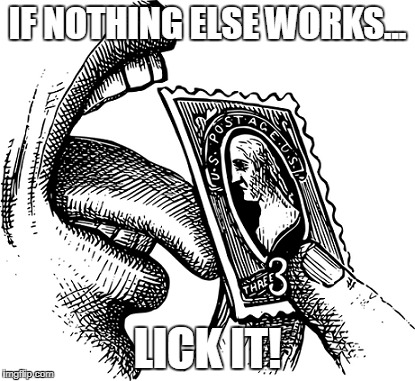 Finally, we have touch. It’s a very sensual sense as well.

Like with tasting, be sure to describe it whenever you get a chance. When your character touches something, tell your audience what it feels like and draw them in. How pleasant does the soft fur of a kitten feel? And how uncomfortable is the stingy hail of a thunderstorm? You have all the power to make your readers live, love and suffer with your figures.

You can use touch especially well to describe the nature of objects or people: The silky smooth feeling of a light summer dress, grandpa’s grey and raspy beard. Just make sure you have a reason to describe how it feels; somebody touching it should be the trigger that allows you to explain.

So there you have it, all of the five senses. The sixth sense is then best suited to a Bruce Willis flick.

Pick one of the scenarios below, and describe it by including as many senses as you can:

A character walking into a car repair shop

A character having an encounter with a wild boar

A character shopping at a bakery

A character taking an elevator up to an observation deck (that’s a tricky one!)

Post your mini-scene in the comments below! I want to see you guys applying the content of this post. You will remember all of these guidelines much better if you use them right away. Give it a try!

Now go ahead and use senses in your stories! In the future, I want you to always think about them when you write your scenes. Is there a smell, a taste, a touch you could describe? What does your character hear?

When you use senses in your descriptions skillfully, your reader will feel like he was present in that scene of yours. He can then listen to your scene, smell it, touch it… and he will never forget the way your scene tickled his senses…