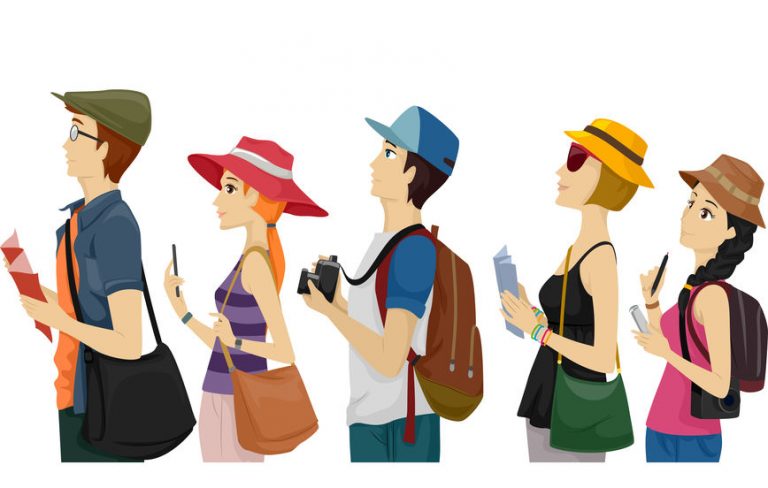 In your novel, that is.

And tonight’s dinner will not just be about tasty chicken, but at the same time about some background info you want your readers to digest. You need to prepare them for what’s about to happen in your novel.

So while Ann and her husband are stuffing themselves with chicken, she says: “I don’t love you anymore like I loved you 16 years ago when we married. Me and our son Philipp, who is 15, has outstanding grades and dreams of a career as a professional hockey player, lost all our respect for you when you drunkenly caused that car accident. I like cooking and painting and I’m afraid of being alone, that’s why I’m still with you, but I have an affair with our neighbor who is a certified animal trainer.”

The hand of the author becomes too visible here. In fact, the author sounds desperate to equip you with information ASAP. These are not characters introducing themselves, it’s not a scenic or dramatic event, and not how real people talk.

This is just a boring essay.

It’s what we call an information dump. That’s when an author lets out a huge cluster of information, coming out of nowhere.

And if information dump sounds like something disgusting you would not want to touch (and maybe just put away in a little plastic bag after your dog has dropped it), then you are absolutely right.

Think about it: Somebody took an information dump. That’s when the information comes out in a pile, it’s too concentrated, and you can smell the author’s intentions 100 miles against the wind.

Fiction shouldn’t list information like a newscast. If we wanted to read the news, we would go on a news website (and some of us would even go so far as to buy a newspaper, just to remember the good old times…).

But in fiction, the reader wants to be gently taken by the hand and led into the carefully woven illusion.

Now, how can we do that?

They say “Don’t give them fish; give them a fishing rod instead,” and so it shall be. There are a million ways to discreetly distribute some pieces of tasty sushi amongst your readers – you can and should be very creative with it! But you best start with the five easy tricks I will lay out to you in this post.

Of course, I also have a handy download for you.

Print this sheet, and keep it on your desk for whenever you want to introduce background info. Make your choice from the list when you decide how to camouflage your info. The cheat sheet will give you a summary of this post on two pages: 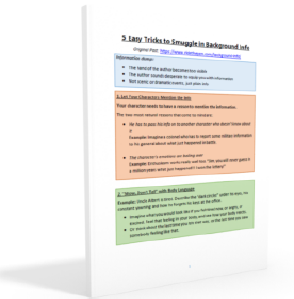 1. Let Your Characters Say It

No… you, the author, have got nothing to do with it… what is your reader thinking?? You would never tell any info. In fact, you don’t even exist.

It’s always your characters who are spreading all that good information like wildfire. Keep in mind the key rule though, so your readers don’t feel cheated on:

Your character needs to have a reason to mention the information.

The two most natural reasons that come to mind are:

Example 1: Imagine a colonel who has to report som­e military information to his general about what just happened in battle.

Example 2: Imagine a guy lying on the couch of his psychologist. 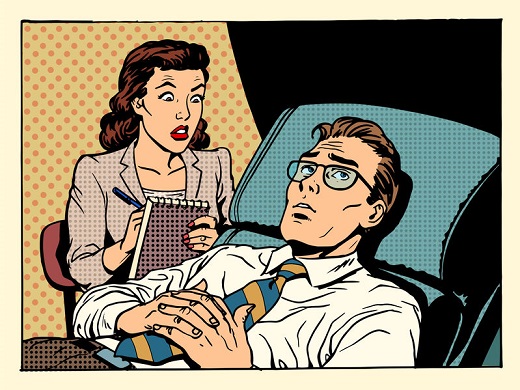 “Let me tell you my life story real quick”

Example: Imagine the accusation of an overworked co-worker to a lazy colleague: “I’m so sick of this! You never get your tasks done on time!”

Example 2: Enthusiasm works really well too. “Jim, you will never guess in a million years what just happened!! I won the lottery!” 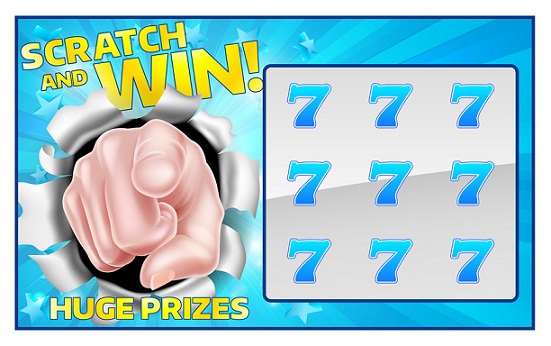 Dialogue is a very natural and discreet way of smuggling some high-octane info into your story.

While in some cases it’s okay to say “Uncle Albert was tired,” it’s generally much more satisfying to let the reader discover herself how tired Uncle Albert is.

Example: Describe the “dark circles” under his eyes, his constant yawning and how he forgets his keys at the office. Often, it’s much more elegant to not tell about a condition or past events, but to show a couple of clues that make them understood.

In the end, the most subtle way to show what’s up is body language. You don’t tell a word, you just show.

But how can you find the fitting body language to describe?

Your readers will intuitively sense what the character thinks or how he feels.

Don’t serve your info in one big indigestible cluster. Instead, small chunk it over many pages or chapters. This will make it a lot more unobtrusive.

Sometimes a piece of info isn’t absolutely necessary to understand your story; it just gets the reader more involved emotionally. Because it’s not vital, you have more time to nicely gift-wrap it with a ribbon on top.

For example, we don’t have to know that Walter White has terminal cancer in Breaking Bad. We already understand that he is producing meth and can follow the trouble he gets himself into.

But when we learn about his cancer, it lets us empathize and identify with him more – his decisions become easier to understand, he becomes a more multi-faceted character and thus the story engages us more.

For this type of background info, you have more time to bring it in.

4. Harness the Power of the Media

From where does the most overwhelming flood of information descend upon us unsuspecting characters?

From the mass media, of course: TV, radio, newspapers and internet.

You can let your readers know a lot just by letting the character watch TV or read the newspaper out aloud to his wife; and any info mankind never wanted can be found on the internet (except for why Justin Bieber is so popular). Just make sure your character has a reason to google the info.

Likewise, make sure the info is available to the media and it’s interesting enough for them to broadcast or feature it. That’s not too hard to do, because as author David Mamet famously stated:

The media loves any news they can give a dramatic spin. Man bites dog? Perfect! That way, you can make many things media-fit. Don’t be shy with your info! 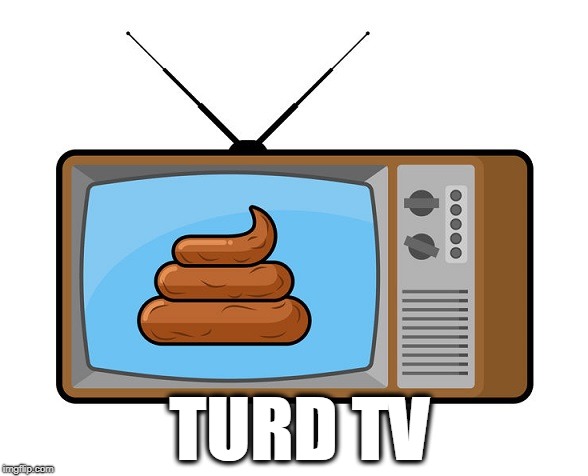 Sometimes it may be acceptable when the author simply states information.

How well this works will depend on the overall style and tone and the point of view of your story; it’s basically a question of distance between the author and his narration.

Look at the beginning of Süskind’s Perfume, for example:

“In the eighteenth century in France lived a man (…) His name was Jean-Baptiste Grenouille (…) not because Grenouille was second to these more famous villains in pride, contempt for mankind, immorality (…)”

The novel is plainly stating how it is, upfront.

This style reminds of certain short stories, in which the narrator assumes a more zoomed-out position, because there simply aren’t enough pages to carefully spoon-feed information to the reader.

In general, this position is less elegant and artistic, but you can make a virtue out of a vice: If the large distance between the author and his characters seems believable and fits into your story, your readers will just accept it as “your style of choice” – a choice of speeding things up, that is.

Just be aware of your choice, should you decide to use this technique.

Grab your handy free PDF, and keep it ready as your cheat sheet while you are writing. It lists the most important points of this post. Download it, and never again be uncertain when you insert background info.

When Fabian was just a baby, his parents left him at a gas station. He grew up in an orphanage and still feels bitter about his childhood. He feels like life always deals him the bad cards.

Describe how you would insert this information into a story (any story) as unobtrusively as possible. You don’t have to bring it all in in one single scene; feel free to split the info up. You can either write the scene (or a snippet of the scene) out, or you can just describe how you would go about it. You can make up whichever other details you need.

Don’t be shy, and post your prompt in the comments!

Informative Announcement: This Is the End of the Post

You are now equipped with five dead simple, but very effective techniques to bring in your background info. Don’t cluster it, and don’t just plainly tell it (unless that’s your style of choice).

Instead, think about what would best fit into your story: Is it a character who is forced to explain, or whose emotions are boiling over? Can we observe the information from body language? Is it spread thinly enough? Can you use TV, newspaper or internet to get your message across?

Now go out and tell your readers about your world and about your characters! You certainly won’t bore them with info anymore – no, now they will be eager to know why your character is so excited or what will happen after that terrifying TV announcement!

And it may sound silly, but… believe me, you will get to the point where you enjoy bringing in background info!